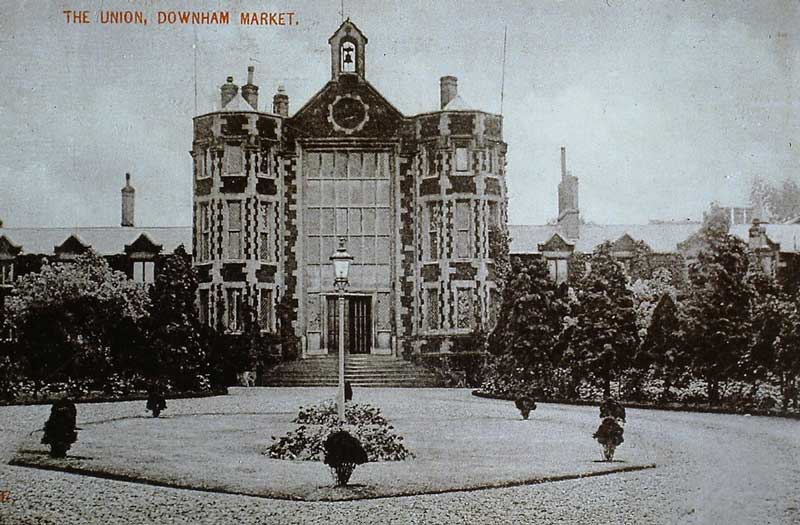 The Society is operating as a ‘social enterprise’, in that it raises funds through donations, membership fees, admission fees to its talks and visits, hire of rooms, and through the sale of postcards and notelets depicting local scenes painted by one of its members.

The primary aims and objectives are:

To collect and preserve artefacts and documents relating to the area.

To provide an educational resource for the use of local people, schools and visitors. Education of the younger generation is in the forefront of our aims as well as keeping the not so young well-informed concerning the history of the area. Downham Market has a large number of retired people living in it many of whom are from other parts of the country.

To promote the preservation of the natural, built and historical heritage of the area.

To collect and publish information for visitors and residents so they can gain access to all that is of interest in Downham Market and its surroundings.

In addition we will carry out research in answer to requests from home and abroad. The fee for this service is based on £10 per hour of research. A minimum fee of £10 is required for all research enquiries. An enquiry expected to take more than the initial hour will be notified to the enquirer prior to commencement for agreement. Otherwise acceptance will be assued unless the enquirer states otherwise.

Initial enquiry should be made by calling Discover Downham on 01366 384428 or by email to: info@discoverdownham.org.uk.
Please leave your full contact detais as well as a reasonable description of what it is you wish to have researched.

Up until now most of our work has been concentrated on Downham itself but work is progressing on the villages. We are always looking for historical information about our area and welcome any input from other historical groups as well as individuals. If there is anything at all that you feel you would like to pass on to us please contact us.

History of the Society

The Society was originally formed in September 1995 with the express aim of trying to acquire the Old Court House and develop it into a museum for the area.

The Court House building had become vacant and was put up for sale because the business of the Magistrate’s Court at Downham Market was being transferred to King’s Lynn. It was considered to be ideally suited to provide a centre for the history of the town to be recorded, displayed and researched. Alas! We were unable to raise sufficient funding to even think of offering to buy. The building was neglected for several years and eventually rescued by a private buyer. In hindsight it is probably just as well that we were unable to proceed, as considerable work to repair deterioration and damage caused by neglect. However, the society had been born.

Other possible sites were investigated but it was always the problem of finding sufficient funding (or any at all!) that thwarted our every move. After 7 years of constant unsuccessful attempts to find a home it was decided that the society should be mothballed for a while to give us time for reflection before renewing our efforts.

By September 2002, and although we had been raising money for our dream, it was decided we should abandon the project and think carefully where we should be heading and what we should be doing with the money we had banked. Out of the blue the Borough Council, having received money for the Regeneration Scheme, wanted to improve and expand the use of Downham’s Town Hall – notably the internal balcony which was dead space – and this was offered to us as a home.

Rapid developments took place in obtaining grants for the twelve glass display cases we currently use and for the twelve display/story boards that told the story of the town. By midsummer 2003, after some initial problems, everything was set up and all we needed were items to display. A slow trickle of items on loan from the townspeople, society members, the Town Council and various other sources increased to a steady flow and we were able to set up our first displays and open to the public.

Since then the Society has flourished and has successfully achieved its aim of a centre dedicated to the heritage of the Clackclose Hundred. Discover Downham was officially opened on May 20th by Elizabeth Truss, local MP and Secretary of State for Environment, Food and Rural Affairs.

Membership currently stands at just under one hundred people who support the activities of the Society and have a programme of monthly talks. The Society is a not-for-profit social enterprise. It raises funds through donations, membership fees, admission fees to its talks and visits and through sales in the shop. All receipts are reinvested in the running of Discover Downham.

Volunteers are responsible for running Discover Downham and anyone with an interest in the history of the town is welcome to join the team.